After our experiences in Edinburgh and Leeds our giant puppets didn’t expect great news were coming… As part of Global Streets, a national touring programme in UK that through a distinctive free programme of international outdoor arts is transforming communities in some English towns and cities in some of the least-arts engaged areas the country, Big Dancers was selected for touring in United Kingdom and got 3 different tours in London in autumn 2019. Global Streets is managed by FESTIVAL.ORG and funded by Arts Council England. 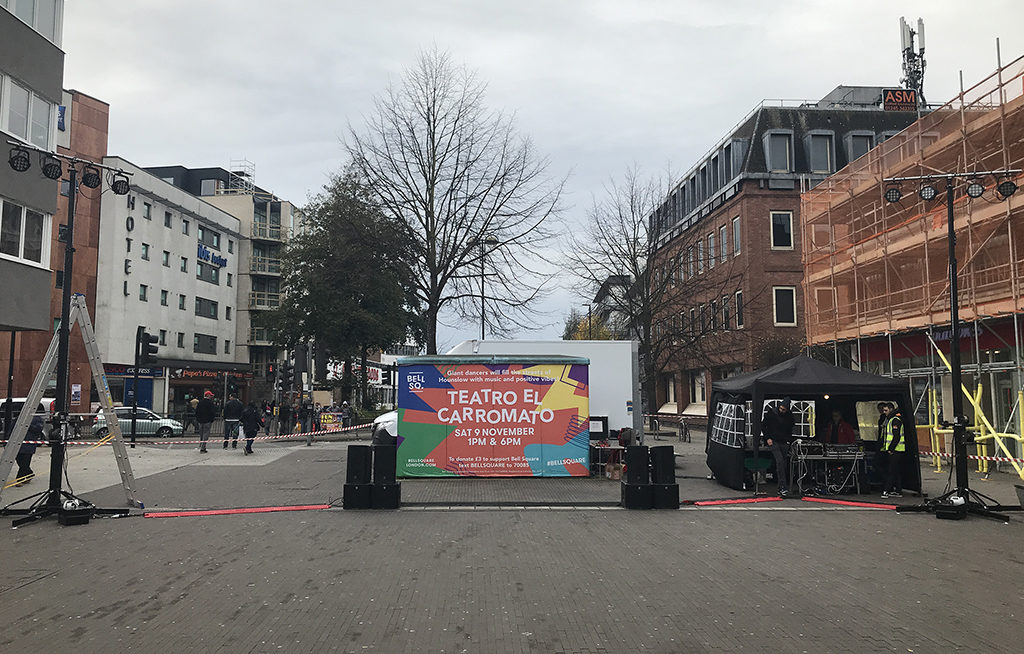 We took in advantage during all tours for visiting most emblematic places in London as Tower Bridge, Tower of London, St. Paul cathedral, Leicester square, taking a walk along South Bank (including galleries in Tate Modern), Westminster, Hyde Park and why not… also tasting mulled wine in some Christmas markets. 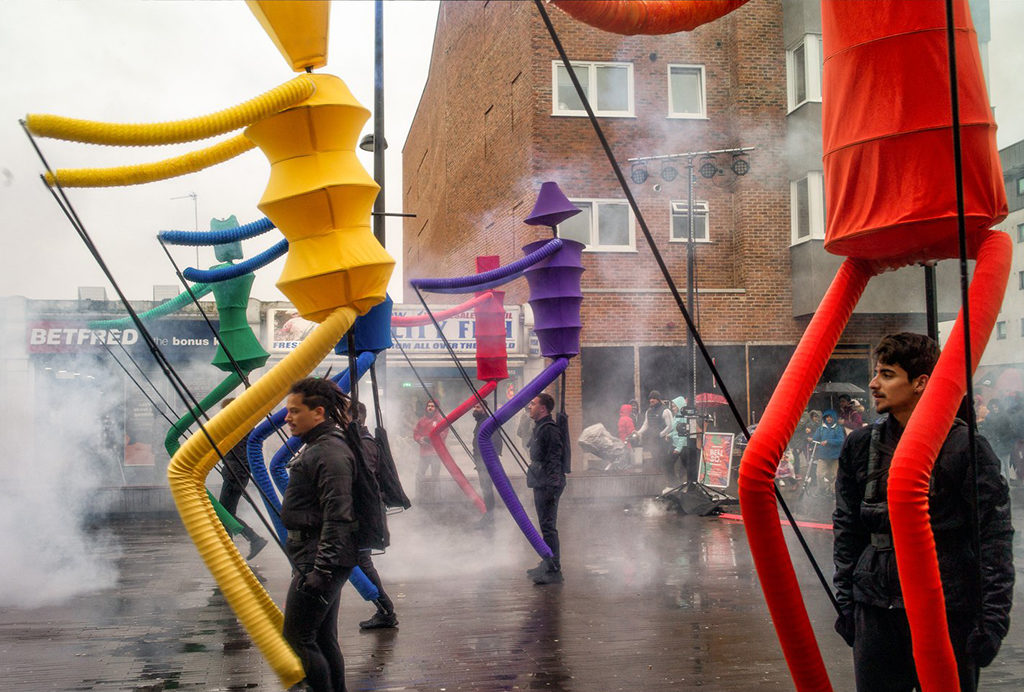 Despite of rain we showed our colourful puppets and also lighting ones in Bell Square, an exciting outdoors arts space in the hearth of Hounslow, launched in 2014. It’s a place where anyone and everyone can go to see some of the best outdoor performers in the world, for free; a large square with seating and standing space situated at the end of Hounslow High Street (where took part our walk act before).

A couple of weeks after Bell Square we were performing in Barking Riverside, one of the most exciting placemaking projects in Europe where Barking is transforming a former industrial site along the River Thames into a new London district.

The third tour took place in Woolwich for switch on the light at magical Woolwich Winter Warmer as part of annual Christmas themed community event. First part of event was in General Gordon Square followed by the turn on Christmas tree in Royal Arsenal with fireworks and the final fixed of Big Dancers. Our giant lighting puppets were really loved by the crowds and organizers. 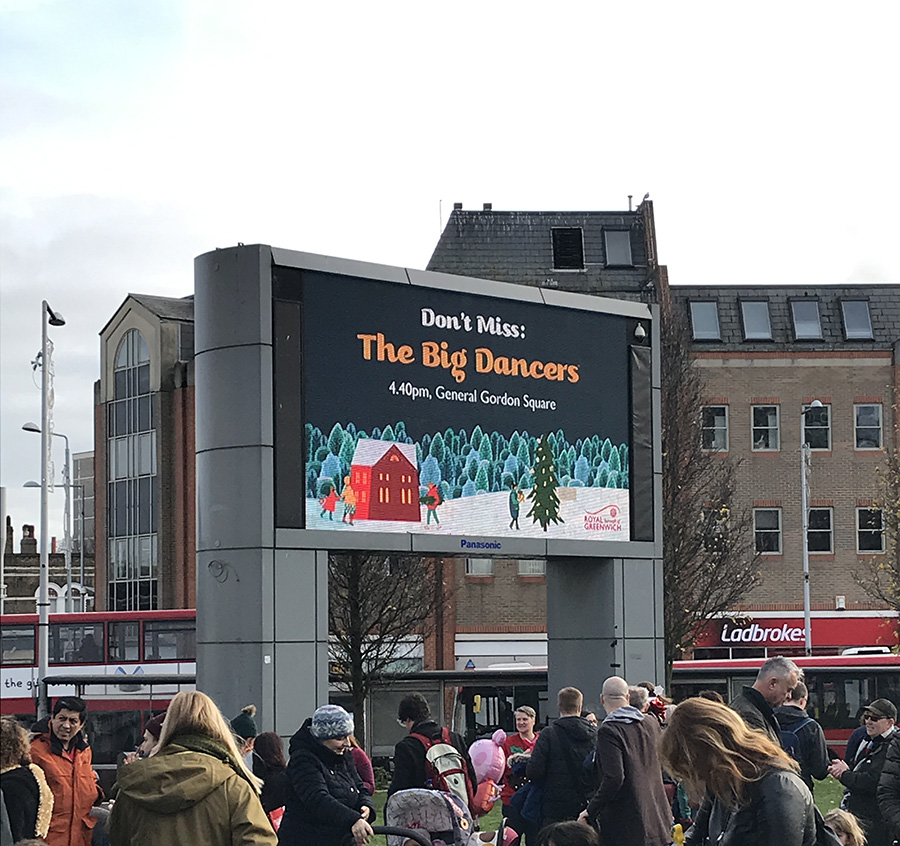 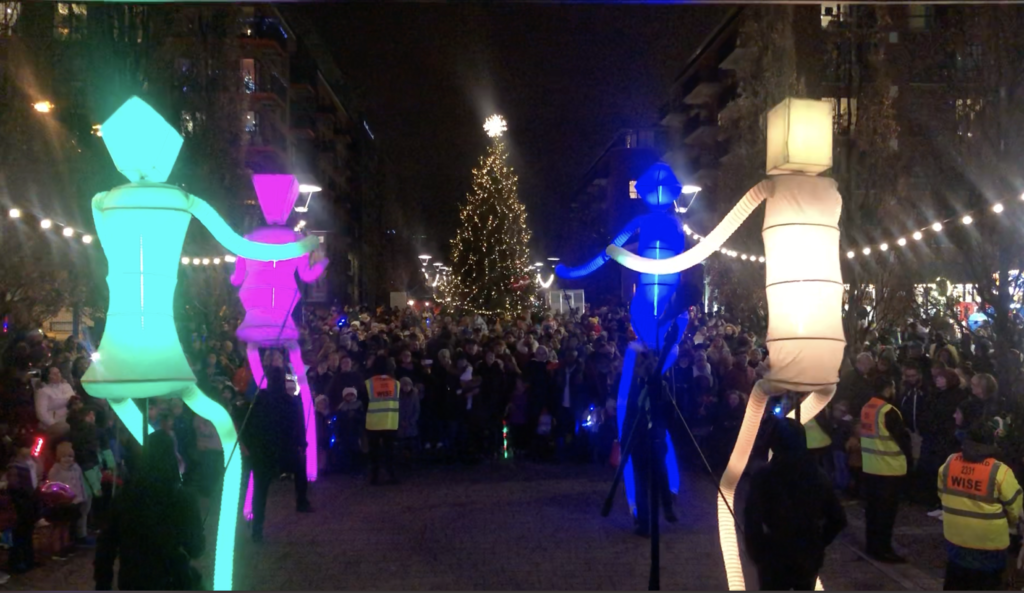 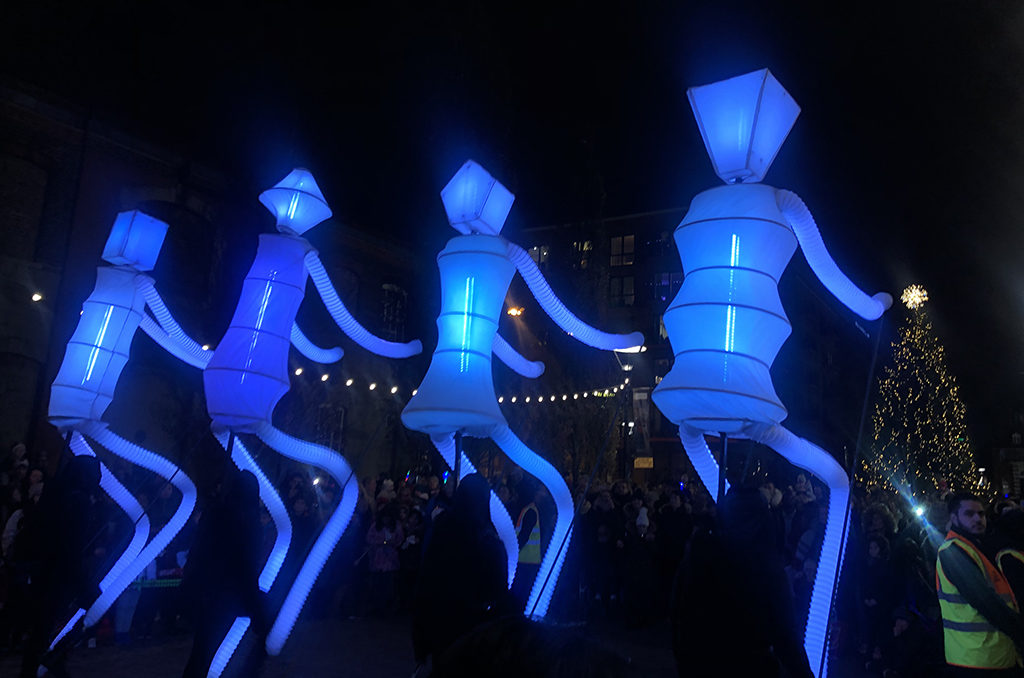