The evening of the 20th of January 2018 was the day where Valletta becomes European Capital of Culture 2018. Organizers of the event estimated over 120.000 visitors attended the Opening Ceremony. Artistic directors of the Opening considered the well-known performance with giant puppets Big Dancers as part of the ceremony and contacted to El Carromato for inviting with a special version. 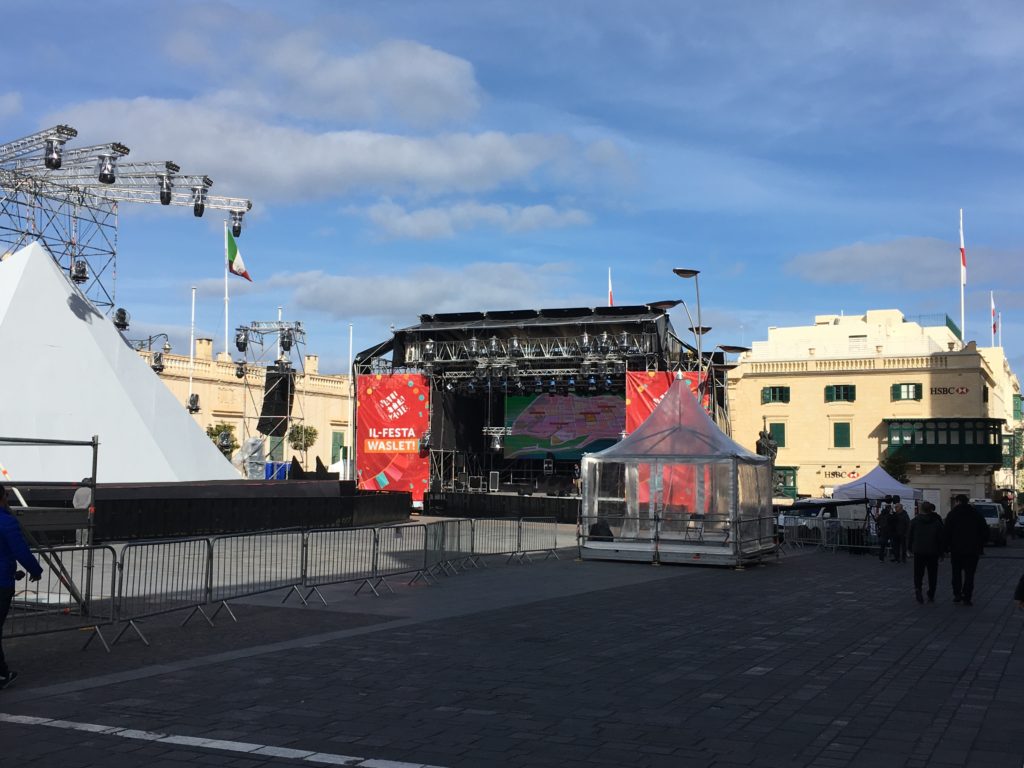 Four Squares (Erba’ Pjazez) in Valletta did each get hosting an original spectacle on under the theme: Festa. The ceremony marks a historic moment not only for Valletta itself, but for all of Malta. This ceremony was followed by a tour of Valletta’s “Four Squares” – Castille Square, Triton Square, St George’s Square and St John’s Square. Each show was 20 minutes long, and each one repeated 5 times. On each square visitors enjoyed different performances, 3D mapping projections, dance, concerts, street theatre, fireworks… Every thing perfectly synchronized. After a day of setting up we had 2 days for rehearsals before the great day. It was the first time for El Carromato to perform in a very large event. We can’t deny our crew was excited because such important event and crowd, but we lived the experience as one of best performance in their life.

It was an honor taking part on this unforgettable and wonderful event. Big Dancers’ crew was compossed by: Ale, Ángel, Guille, Tomer, Sofía, Adri, Mauri, José Luis and Pablo. 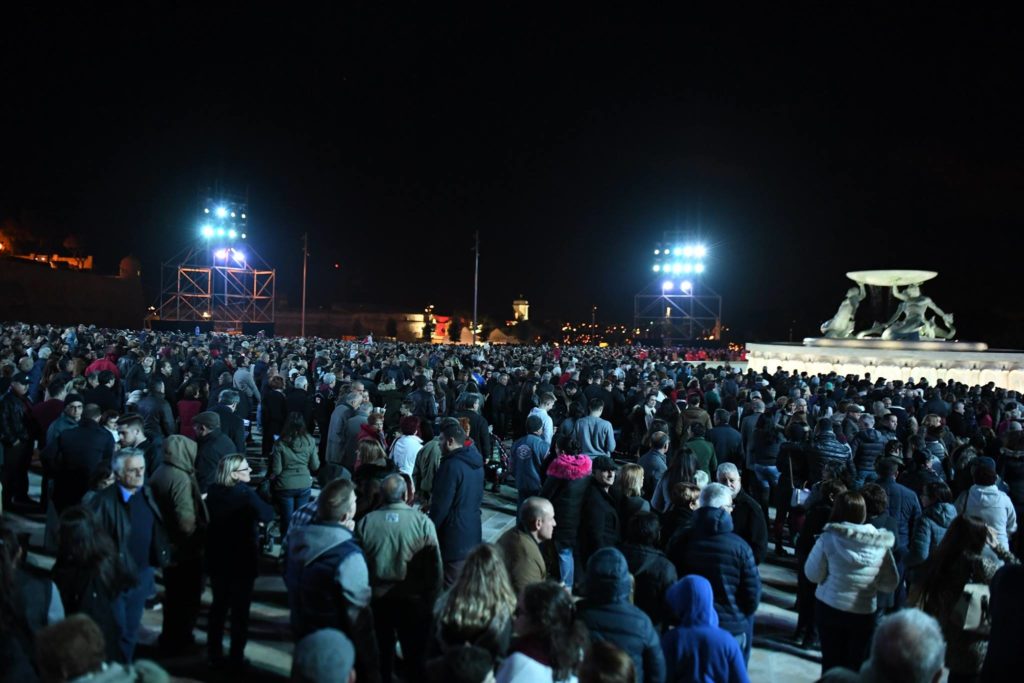 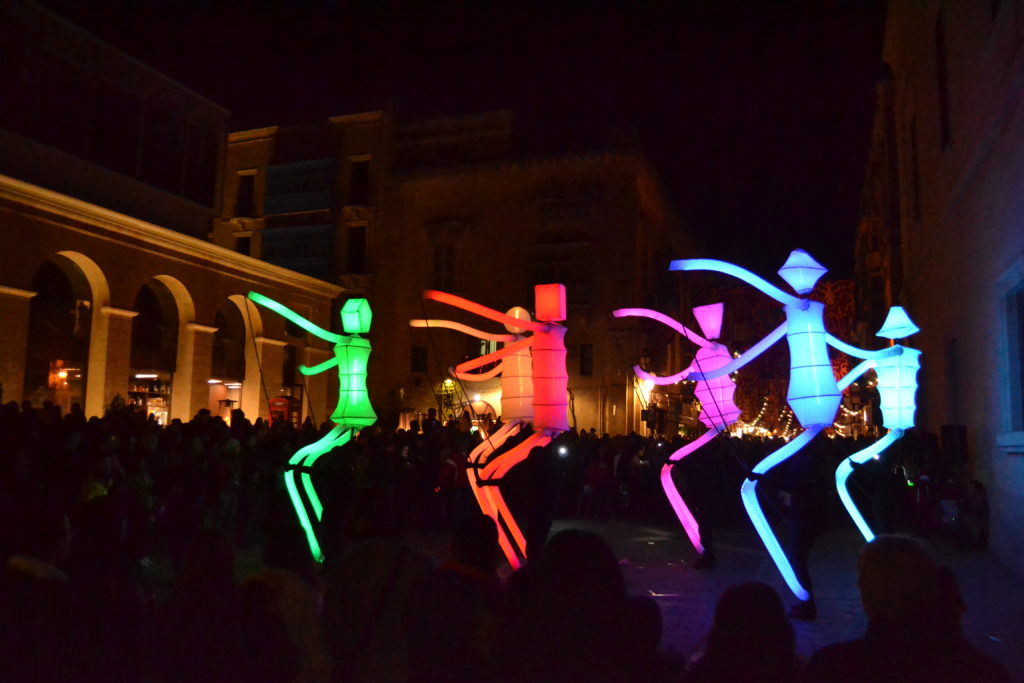 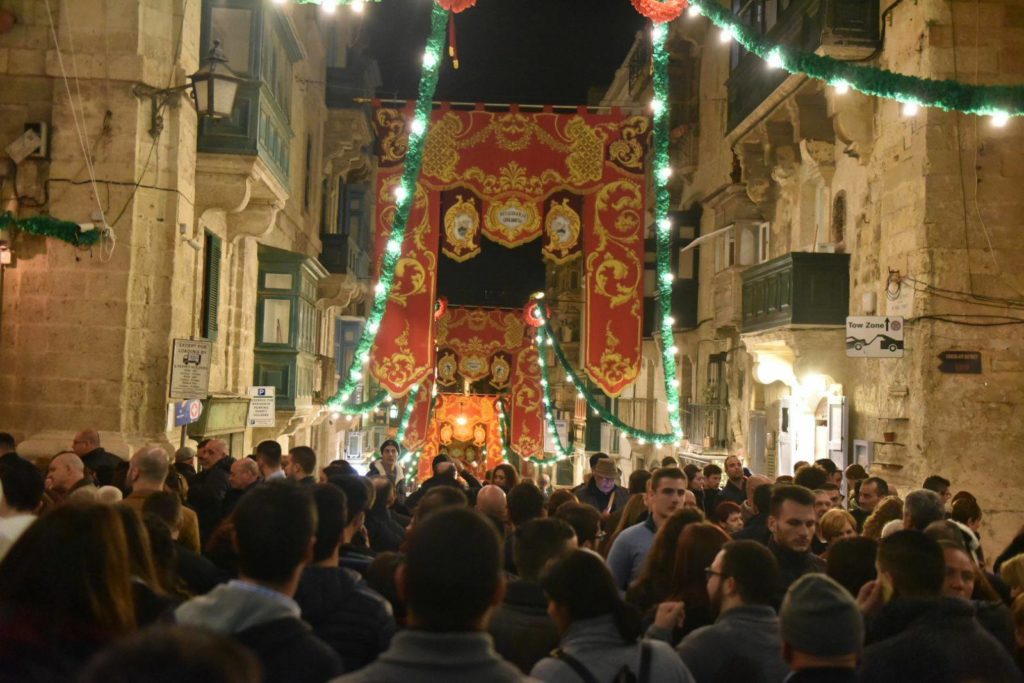 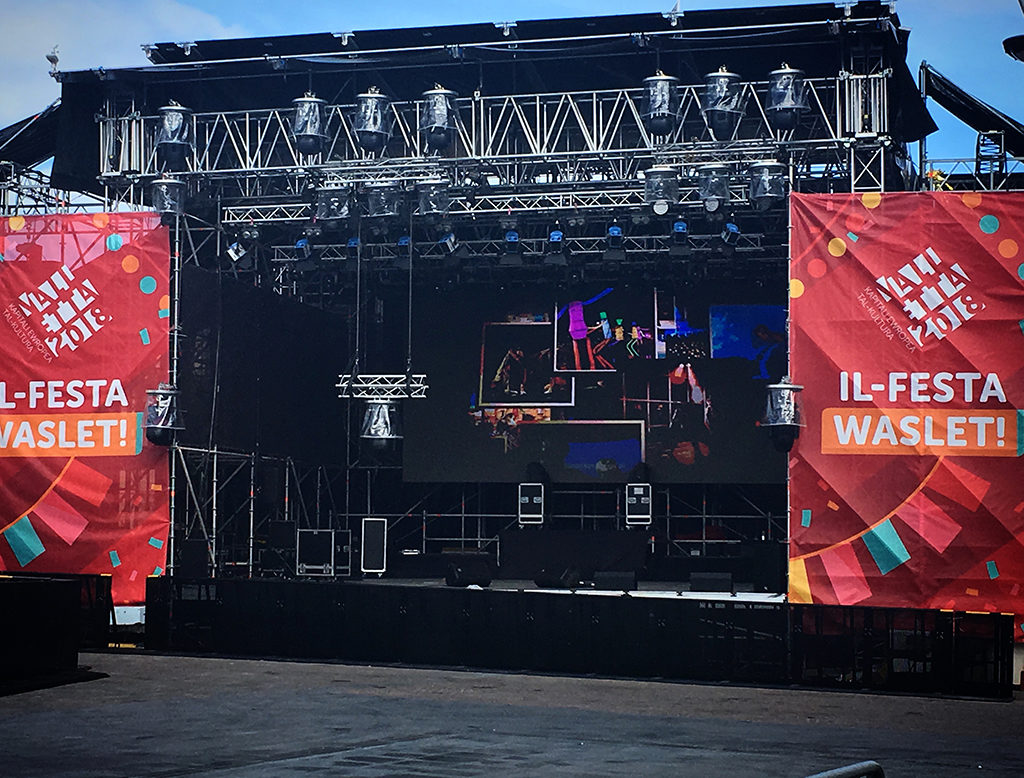